Daren Duck has been named the new permanent captain of King Whamo. A product of the Whamcademy, Duck is a firm favourite amongst fans and players alike. Having served as vice-captain under Dick Sedgwick for the past 3 seasons, the decision has been made to make the local lad the permanent captain. Of his appointment […]

Pre-tournament favourites Wegi were crowned champions as they hosted the bowl for the first time. But it wasn’t without controversy: First the reports of a Whamo mole within the Wegi groundstaff trying to change the pitch types. He was said to have become part of the Wegi groundstaff, where he obtained a key to the […] 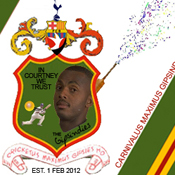